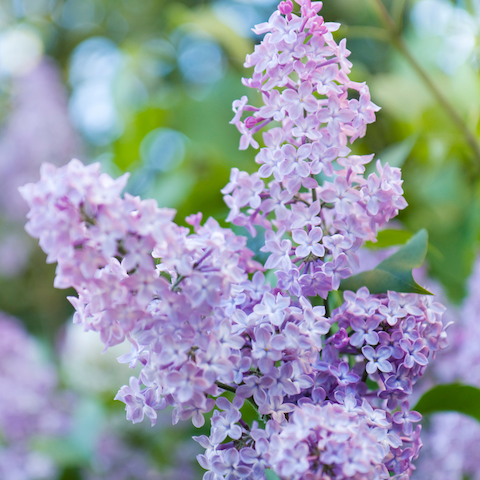 The year she died, I pressed my knees and hands heavy into the earth.  Pulling and planting, I’d work my body until sweat rolled easily, salty streams pooling on the earth below.  Tilling, toiling and pulling at the earth, I’d wipe away tears and falling strands of hair, leaving streaks of dirt across my face – a muddy camouflage shielding me from the world that had wreaked havoc. Isn’t that how it goes for most of us when the world wreaks havoc?  We battle back in an attempt to tame the chaos.  My victory could be claimed, so I thought, in creating an Eden similar to the one I knew she roamed.  It went on like this spring after spring, not a single plant was spared from my obsessive need to tame what I now know was my breaking heart.

Year after year, I would pull back the remnants of winter debris only to come to a grinding halt by spring’s timid revelation.  Peonies peeking through, crocus’ trumpet call echoing into the horizon, tiny forget me nots, not to be forgotten – the smallest and simplest emerging shoot would send me from kneeling to sitting. Pulling off my gloves I’d pause in the realization of the revelation that I was surrounded: outstretched limbs with emerging buds and mama bird adorning the nest I refused to remove, squirrels scurrying, and the morning song beginning to swell. Tender is the season of spring.

Sadly, I did not heed the tender pause long enough to calm my storming heart. All too soon, my quest to create a similar Eden resumed. The list I had curated the season before would capture my focus. Pulling, pruning, adding or all together removing, I would work my way to exhaustion. It’s like that when your heart is restless, it desperately wants to be settled.  What I know now is it’s impossible to settle when toiling and tilling is camouflaging a face from the hurt.  Eden is not to be created; Eden is to be felt and sometimes, feelings hurt.

Be careful you do not make the same mistake I did – constantly focusing on the taming or creating your own version of Eden to avoid the hurt. Hurt can be camouflaged but it won’t go away.

The tiny lilac I planted the year she died taught me this.

I was sure it would be like the one that would bloom outside her bedroom window.  It was a massive purple bush that had seen nearly a hundred seasons by the way it presented a lifetime of love each May.  When I first cut them for Catherine’s room, I was heartbroken when I found them flopped over the side of the vase.  I’d try again, vase upon vase, to discover each time a muddled mess of wilted blooms despite my best intention.

As it turns out, unless the stem is bruised, it will not be able to accept water and I had not bruised the stem.  It’s like that you know, sometimes the battle and bruising are inevitable.  Don’t forget though, gold is precious when it is forged and diamonds will only shine with pressure.  A stem that isn’t bruised will choke the lilac bloom.

So, the lilac I planted after she died was a quarter the size of the one outside her bedroom.  It promised dainty flowers. Small and waif, I was sure the blooms would stun as the ones outside her bedroom had.  But it did not bloom.  So, I moved it, thinking perhaps it needed more light.  And it did not bloom the following year. So I moved it, perhaps, more water. And the following year. Perhaps it needed more anything.

When nothing worked, I went back to where I learned about bruising the stems and read lilacs do not like to be disrupted and when you move them, it may take years to produce a flower.   Isn’t that how our own lives sometimes go?  Shifting and pulling and toiling and tilling in a thinking this will perhaps be the change that makes the difference only makes it worse.

The truth is, sometimes toiling and tilling is only a masking.  At least that’s the way it is for me.  You’d think after ten years, I would have figured that out.  And yet, anxiety still swells this time of year and spring’s tender revelation, at times, wreaks havoc on my heart.  But here’s the thing – and please do not miss this my toiling and tilling friend – the difference is not in the doing but in the acknowledging.  No matter what, contrary to what we think or do, living is a matter of sitting in the stillness, even when the stillness hurts.

A few years ago, I stopped moving that little lilac, accepting that it may never bloom and have come to love its most beautiful lemon lime leaves. That little waif and dainty bush has shouldered snow and blustering winds and just the other day, stopped me in my tracks.

I was toiling and tilling, desperate to channel the uncertainty this season has brought, when I rocked backwards and sat in the revelation of springs reveal.  That tiny bush is presenting the smallest buds that will produce blooms this May.  I pulled off my gloves and as hard as it was, settled into the tenderness the stillness offered.   I wish I could say the uncertainty that is rattling did go away but yet, there is stillness and calm in knowing that sometimes the battle and bruising are inevitable.