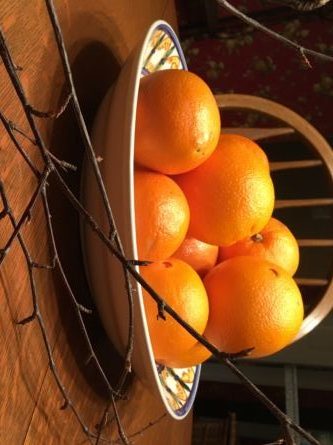 I had never noticed it and yet it has always been this way- I guess I had never stopped long enough to notice. Or maybe it is just that my eyes were fixed in a different direction. Or maybe it is just that I had not needed to see it- until now. But having seen it, its truth could not be denied and its realness cannot be shaken. They were small- easy to miss- but they taunted the brutal winter winds and the ice that threatened to snap the branches on which they rested. They stood firm and gave no other alternative- spring would come. Spring must come- it is the normal order of the world.

I’ve come to understand every season has its purpose and it’s defining moments. For the heartbroken some of those moments have the potential to crush the soul. Some are the obvious; for me the day she way born and the day she died and then there are the not so obvious. As each approaches, I resolve this one will be the one that’s different because time has properly healed my broken heart. Determined, I press forward because anything else would seem to fall short and disappoint. I’ve come to understand that it’s not necessarily the moments themselves, it’s in the days after that the sleep I hadn’t realized escaped returns and the fists I hadn’t realized were clenched slowly unfold and the breath I didn’t realize I had been holding is restored. As if out of nowhere, my body succumbs to defeat and my bones ache and my body is weary and my eyes weigh heavy and I am forced to concede. It’s then that I am reminded no matter how much I try- it is just not ever going to be normal. It is simply not normal that we broke frozen ground to lay our baby to rest. Burying a baby is not the normal order of the world. It is not normal to watch from a far as my brave one lingers by her grave. There is nothing I can do, nothing I can create, nothing I can say- it will never be normal.

The dreary skies loomed, the tinsel and tidings of the season were safely packed away and my clenched fists were again slowly opening. I was recovering from the blow this season offered when I saw them: small pods dotted the branches. Seeing them called into question what I had always thought the normal order. I had trusted summer’s lush leaves would transform into an autumn palette and eventually fall to leave barren branches to produce an abundance of flowers in the spring. And yet on the greyest of days- there they were. Small pods protecting buds within- the very things I was sure did not appear until after winters furry subsided stood before my eyes. The small buds assured me that despite the impending storms and cold days ahead, spring would come. In that moment I somehow came to accept it- a mama burying her baby at Christmas is not part of the normal order and it will never be. Winter winds will bite; my heart will ache during the obvious and the not so obvious. And while this is true, in those same moments there lies the tiniest bud- holding firmly the beauty that is yet to unfold…and that- that is the normal order.