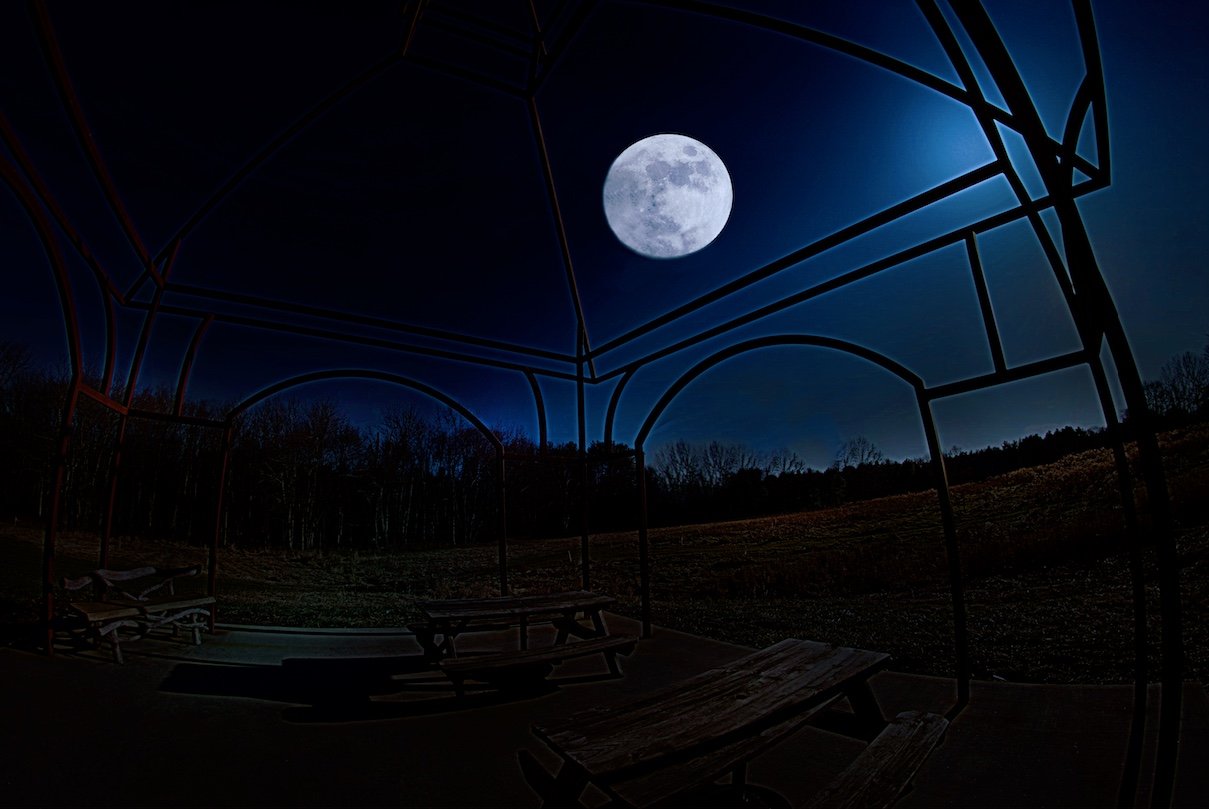 The twinkling lights that traced roof tops and defined the trees splayed across yards have long been dimmed and  replaced with wispy curls of smoke floating from chimneys.  Mother Nature has folded into herself and is not fooled by the chance day that may prove the groundhog’s prediction true.  The everyday rhythmic inhale and exhale calm and give permission for a weary body and restless soul to close her eyes and finally sleep.  Yet, sleep still does not come easy and I find myself standing under the vast abyss of darkness searching the skies for anything-something-everything.

Some nights the sky looks like a canvas painted black, poked with tiny pinholes that only allow a sliver of light through.  It was like that the night she died.

He caught my eye from across the room and nodded to the door- beckoning me outside. It was just he and I, in the stillness of a world numb and in shock of what had just happened.  My father told me wanted me to see the sky- the stars were the brightest he had ever seen.  As we stood in silence, I was suddenly six and he had chased the monsters that rattled my sleep to some far off kingdom and promised they would never return.  In the stillness and quiet of that night, the day’s nightmare rattled, I gasped in what had happened and crumbled.  My father pulled me in close and gave no indication of the tears streaming down his face as he told me- the stars are glimpses of heaven and that they were so bright on this night because Catherine had joined the choir of angels.

That night, the stars shone with an intensity and determination to not break my gaze that it was surely what I needed to desperately hear, see and know.

My father has since joined Catherine in heaven and lessons he taught are becoming his legacy.  I thought of him when the beauty of the super moon was captivating.  I realized then that when my father nodded to the door and beckoned me outside- I was given an antidote for the sleepless nights when monsters return, questions unnerve, uncertainty crushes and doubt leave me gasping for air. Wittingly or unwittingly, the night Catherine died my father fixed my gaze forward. He was a sailor and like salty and stoic captain’s of decades ago, he fixed his gaze on the brightest star- a compass followed in confidence that the vessel will be led through the darkest and deepest depths to its destination.  Fixing a gaze on the brightest star, it becomes a beacon pointing to the future.  It is the brightest star that is an assurance that, despite how dark a night may get, there will be light.  And it is the brightest star that gives way to a brilliant sunrise- a color washed canvas where once darkness, light now floods and assures the night is over.