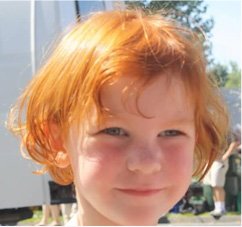 It just sat there, in the car console. My mind could not get beyond the few dollars that sat there. I could not tuck those few dollars into my wallet and continue on my day. That was the recycling money—the money that the kids would keep when they brought back the bottles. That was the money Catherine would wrestle what to do with.

I wonder if the decision was hard because she knew that I would need the time that we sat and ate ice cream looking for the cows that lived at the farm where we bought local ice cream. I wonder if she somehow understood that those simple afternoons would become etched in my heart. I can see her and Freddy crouched under the fence as they hunted for the barn cat. I can feel the sun as we would sit—legs propped up on the fence; she would enjoy every bite of the vanilla cone. Not saying a word until she was done—and then a simple “Thank you Mama.”

I will not tuck that money into my wallet. I will keep it in the glove compartment and wait for the later day that we need it most. And then Freddy and I will detour to the cows at the farm. We will sit—legs propped up—enjoying every bite of the cone. And when we are done, I will whisper “Thank you Catherine.”